Party in the Street: The Antiwar Movement and the Democratic Party after 9/11 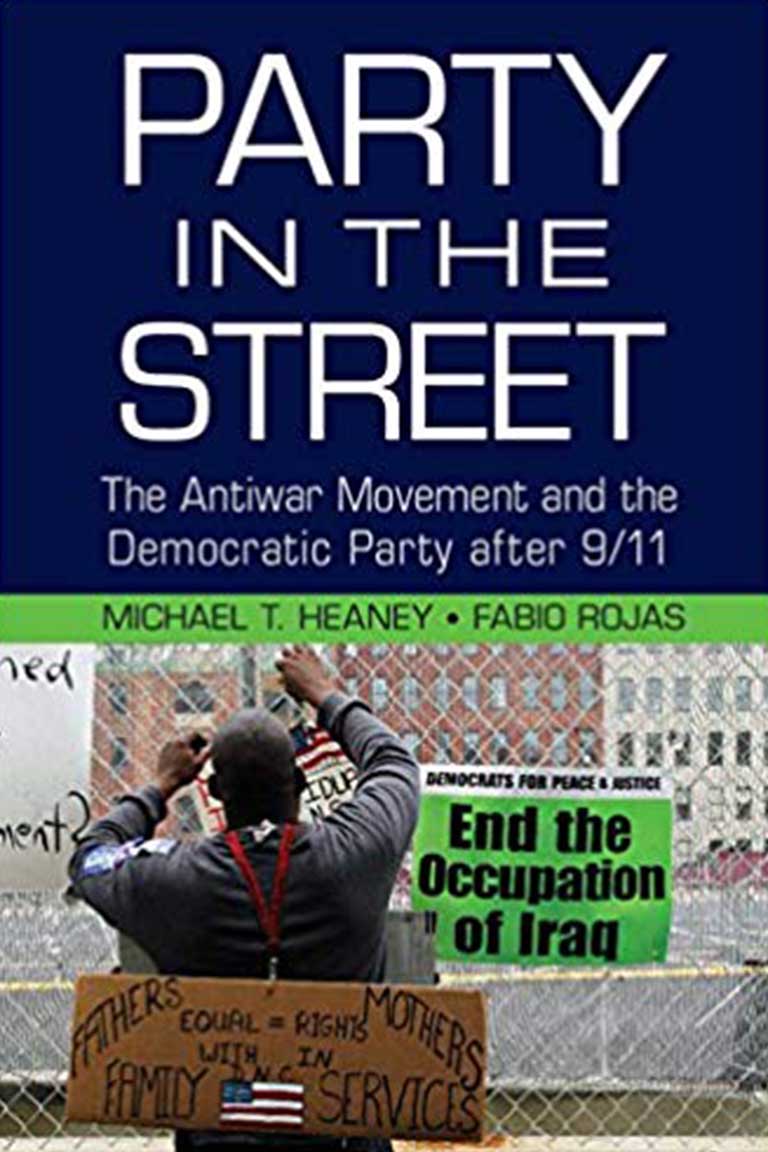 Party in the Street explores the interaction between political parties and social movements in the United States. Examining the collapse of the post-9/11 antiwar movement against the wars in Iraq and Afghanistan, this book focuses on activism and protest in the United States. It argues that the electoral success of the Democratic Party and President Barack Obama, as well as antipathy toward President George W. Bush, played a greater role in this collapse than did changes in foreign policy. It shows that how people identify with social movements and political parties matters a great deal, and it considers the Tea Party and Occupy Wall Street as comparison cases.

Heaney, Michael T. and Fabio Rojas. 2015. Party in the Street: The Antiwar Movement and the Democratic Party after 9/11. New York: Cambridge.