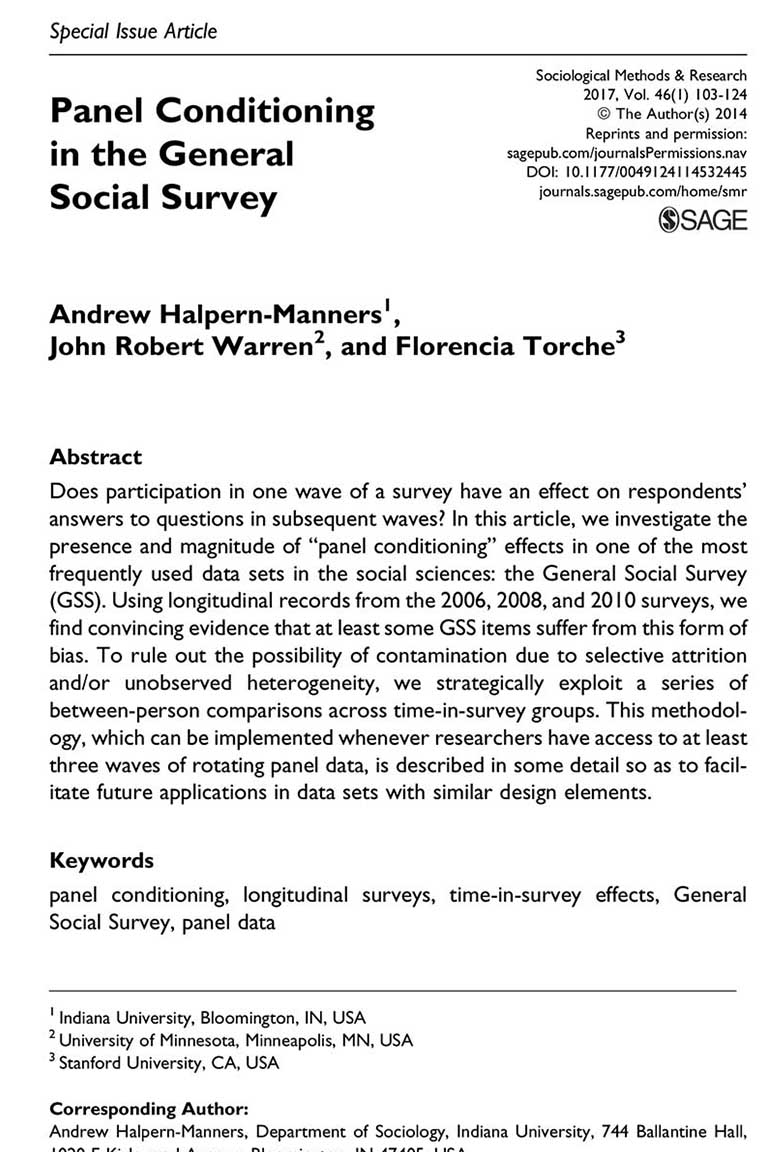 Does participation in one wave of a survey have an effect on respondent's answers to questions in subsequent waves? In this article, we investigate the presence and magnitude of panel conditioning effects in one of the most frequently used data sets in the social sciences: the General Social Survey (GSS). Using longitudinal records from the 2006, 2008, and 2010 surveys, we find convincing evidence that at least some GSS items suffer from this form of bias. To rule out the possibility of contamination due to selective attrition and/or unobserved heterogeneity, we strategically exploit a series of between-person comparisons across time-in-survey groups. This methodology, which can be implemented whenever researchers have access to at least three waves of rotating panel data, is described in some detail so as to facilitate future applications in data sets with similar design elements.