Jessica Calarco is Associate Professor of Sociology at Indiana University. Her research focuses on systems of inequality, examining how policies and institutions cater to those with power and privilege while disadvantaging others. Calarco’s first book, Negotiating Opportunities (Oxford, 2018), won the Pierre Bourdieu Award for the best book in the sociology of education. Her second book, A Field Guide to Grad School (Princeton University Press, 2020), received a starred review from the Library Journal and originated with a Twitter thread that decoded the hidden curriculum of higher education.

Calarco has written for The New York Times, The Atlantic, The Washington Post, Inside Higher Ed, and CNN. Her research is regularly featured in these venues, and she has appeared on CNN, CNBC, NPR, the BBC, and Slate’s Better Life Lab and What’s Next podcasts.

The recipient of numerous early-career and teaching awards, Calarco holds a Ph.D. in Sociology from the University of Pennsylvania. Socially active in her areas of study, you can find her on Twitter @JessicaCalarco or blogging at Parenthood PhD. 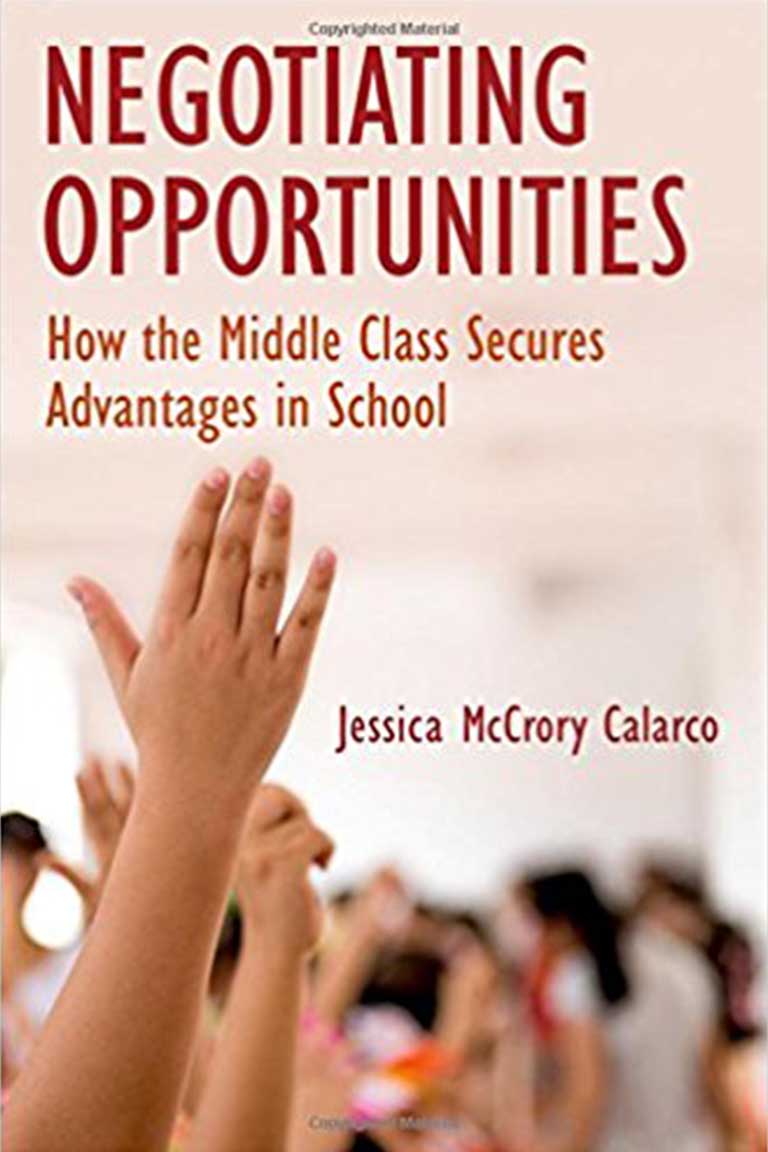 Negotiating Opportunities: How the Middle Class Secures Advantages in School